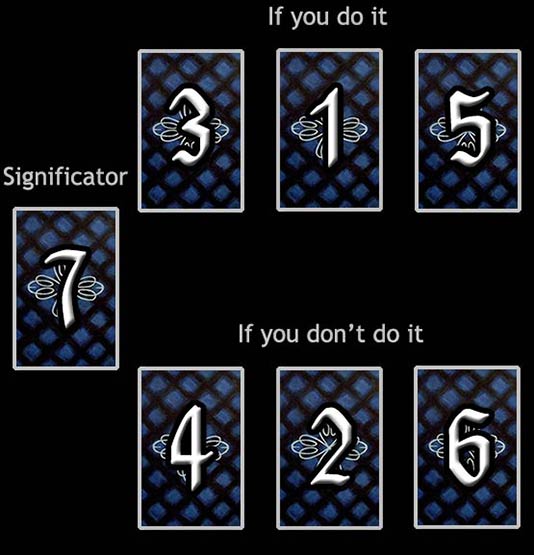 Please note that it should not be viewed as a decision between 2 different options, but about whether or not a single option should be exercised. A second option would call for a separate reading.

Cards #3, #1, & #5 represent the chronological sequence of events that occurs if you choose to do (X).

Cards #4, #2, & #6 represent the chronological sequence of events that unfolds if you choose NOT to do (X). 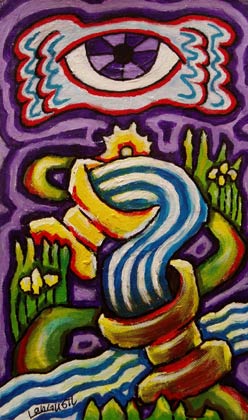 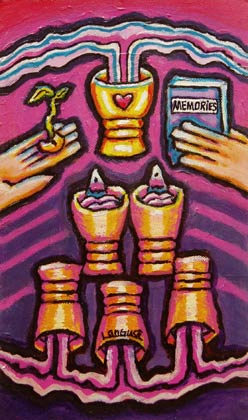 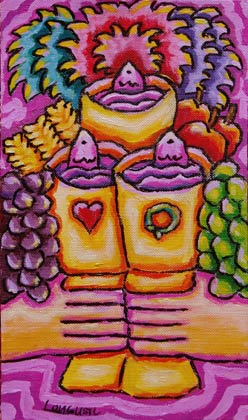 All the equipment for a celebration is united, wine, food, fireworks, love, happiness and society. There is nothing missing. The snake, which is biting its tail, suggests that celebrations begin and end. We let them come and go, like fireworks; they do not last very long. 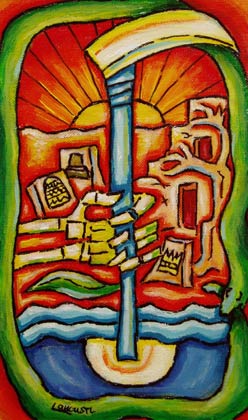 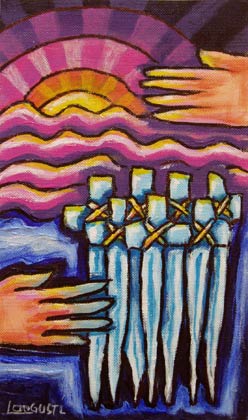 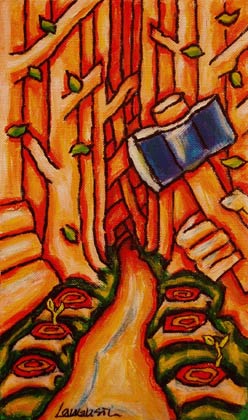 Six trees have been felled in a forest, which couldn't be entered and be used, because the trees were growing in all directions. They are lying to the left-hand side of the path, which is now free to let in light, causing new leaves to sprout.

The wood from the forest has been used to melt down the iron for an axe, to turn a style and therefore to create a significant relationship between growth and order. 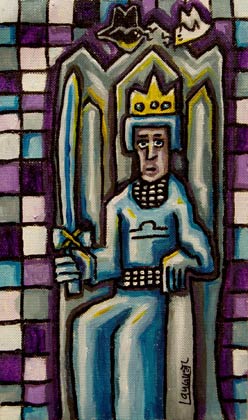 The throne-room looks very tidy, but at the same time very bare. The throne itself has hardly any decoration. The king is protecting himself by his complete dress; his coat of mail can be seen under his shirt; on his chest he is wearing the sign of Libra, an indication of his connection with justice and his role as a judge.

The two butterflies above him indicate that he shows a tendency towards black and white-thinking. The crown, with its three points, refers to the third element, air. His sword is not completely straight and the square tiles in the background emphasize, through the different tones of red, that life cannot be locked away into boxes.