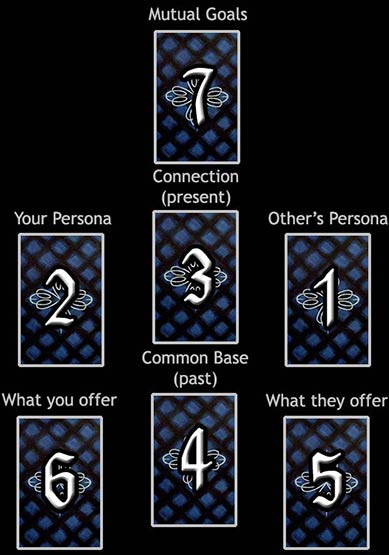 The columns on either side show what each partner brings to the table. Remember, relationships need not be romantic, and they partners could even be groups rather than individuals, whatever you choose. In this layout, the other person is on the left hand side, and you, the querent on the right.

Cards #1 & 2 indicate the separate personalities of each member of the relationship. These cards form a sort of bridge with the cards beneath them, #5 & 6, which show the qualities that each partner offers the other person, and thus to the relationship as a whole. 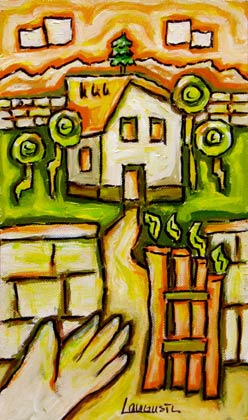 The colours portray richness of energy as well as naturalness and balance. The trees are young, which shows the garden has just been laid out. The small fir tree, put up for the topping-out ceremony, is still standing on the roof of the house.

The garden-gate is open and the hand is making an inviting gesture. The wall, however, gives a certain amount of protection and the door can also be closed.

The number four, noticeable in the clouds, in the number of trees and the style of the building stones, emphasize materialism. The mountains in the background indicate that this is most probably not the last project of its sort. 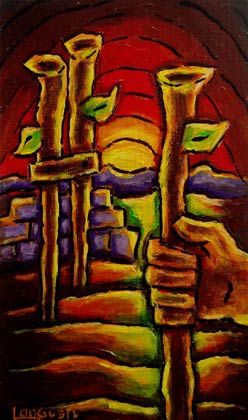 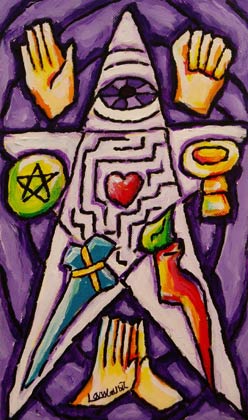 The pentahedral star in the picture shows how the four elements, which appear in the four lower rays, come into contact with spiritualism. This is represented in the uppermost point by God's eye, in the iris of which the Wheel of Fortune is alluded to. The violet background underlines the principle of spiritualism.

The labyrinth in the middle of the star points to the search for the meaning, which by way of the heart is also a search for the centre. The two hands at the top represent the obvious (exoteric) and the concealed (esoteric). The praying hands at the bottom symbolize the pupil. 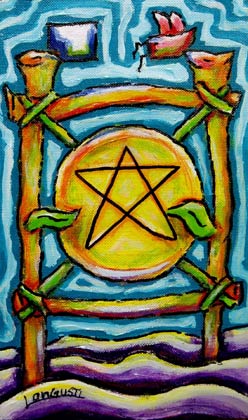 All the elements are present on the picture, because the element, earth, actually contains all the other elements. The pentacle, as the fourth element, is mounted in a square frame, emphasizing its relationship with the number four. 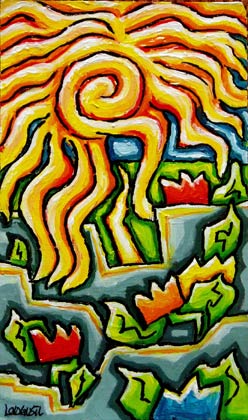 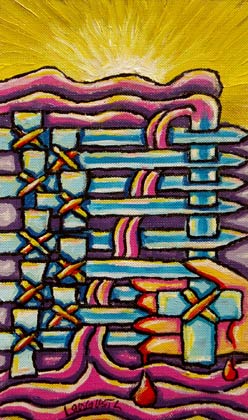 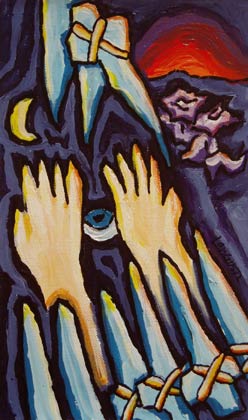